‘Optihkal’, the latest single by Brian Lane aka Dissolve is now available via Inner Chapter Records.

In his time with Cork indie-rock band Exit: Pursued By A Bear, Brian honed his composition and production skills, releasing two critically lauded albums. An eventual relocation to Manchester led to work composing and designing sound for film, documentaries and promos.

‘Optihkal’ is a beautiful, evolving work of ambient instrumental electronica which marks the start of Dissolve’s journey into original solo production.

‘Optihkal’ is now available via

and other major digital stores like Spotify and Google Music.

and say hello to Brian at https://twitter.com/dissolveaudio

28.06.18
We’re delighted to release ‘Let Me In’, the latest single by Cork-based alternative pop/neo-soul singer Sarah-Beth.
An active up and coming singer-songwriter, ‘Let Me In’ represents the next phase of Sarah-Beth’s artistic progression, her lyrical depth fused with upbeat grooves and slick electronic ambience.
The single is now available via iTunes, Spotify, Bandcamp and other major digital stores.
‘Let Me In’ was produced by Kevin J. Power and recorded in Whitewell Studios, Cork.
Check out Sarah-Beth’s Facebook for details of further news and live live dates.

‘Just Came Down From The Mountain’ by Circuits of Heaven is released today via Inner Chapter Records.

Digital and physical copes of the EP are available via our store.

iTunes customers can order the EP (featuring alternative artwork) through the iTunes store by clicking here.

Circuits of Heaven is the solo project of writer/producer Kevin J. Power. ‘Just Came Down…’ follows last year’s ‘In The Time Of Decay’ EP. This release continues the lyrical and musical themes of finding quiet amongst the noise of the world paralleled by seemingly serene opening and closing tracks ‘Alone In This Form’ and ‘Super Black Sun’ sitting either side of the aggressive quiet-loud swing of the title track, but this latest release develops on this by adding a deceptive tension to music and by slipping end-of-civilisation lyrics past the listener via hushed vocal deliveries and dynamic shifts in soundscape.

“At just under 12 minutes, Just Came Down From the Mountain is short, but it achieves its goal within that time-frame, to put the listener in a thoughtful and relaxed state, oblivious to their surroundings as they slip under Power’s spell.” – Best of Music and Film

The second Circuits of Heaven EP entitled ‘Just Came Down From The Mountain’ is released December 16th via Inner Chapter Records.

The EP is a follow-up to last year’s debut In The Time Of Decay EP and features three atmospheric, wilderness-inspired songs.

Alone In This Form

Just Came Down From The Mountain

Artwork and further release details will be posted in advance of the release.

You can watch and listen to a live acoustic version of the title track below.

The Grunt’s long-awaited second LP ‘Cult Before Country’ is out now through Inner Chapter Records.

The album can purchased through our Bandcamp page. A purchase of the CD copy of the album includes an automatic free digital download.

Read about the album below.

The Grunts – Cult Before Country

Towards the close of The Grunt’s second album ‘Cult Before Country’ lead singer Liam O’ Shea gives a cathartic yell in the form of the line “Reflections in my mirror shades!”

The lyric is a call-back to the title of the band’s first full-length album and it is revealing of a consistent theme of this band in both their songs and their perception: that while you can enjoy whatever is happening on the surface, there’s more to be found underneath.

In tense opening title track, for instance, the band evoke the first of a series of oceanic images, calling out to “the Gods that live underneath”. The beautiful second track ‘Iberiana’ talks of disembodied voices calling to a lonely soul across the sea. As pure alternative rock music, these songs hit all the right notes. But listen a little closer and they always say a little more than you first think.

The band’s American influences from punk to indie to alternative rock have always been present across their catalogue but in ‘Cult Before Country’ this really comes to the fore in both the individual songs and the thematic progression of the album. The band’s previous shows in New York inspired the East-coast blaze of no-nonsense rock that is ‘NYC Woman’, and the album comes to a close with the lively but far more chilled-out West-coast vibe of ‘Coming Into San Francisco’; if this album is a cross-country road-trip then it fits a wealth of experiences, ideas and colourful characters into ten short songs.

‘Frigid Air’ resurrects a frightening lost classic from O’ Shea’s old project The Road wherein a frustrated narrator sings in both graphic and blackly comic terms about his plans for finding love. “Let me have my wicked way I’ll make you a star” gives an idea of where that goes.

‘Into Submission’ and ‘The Guy That Stalked You Has Become the President’ are both short frenetic burst of energy that display O’ Shea’s knack for lyrical duality; both these songs are about twisted, manipulative forms of love that double as explorations of some form of oppression. At base though, they are just pure, unadulterated fun, as is the fresh presentation of previously unreleased live favourite ‘If It Feels Good Do It’.

‘The Ballad of Ed Gein’ is the kind of song that offers a welcome respite from the full-on assault of the middle of this album. It sounds like it’s been written by someone enjoying a lazy Sunday afternoon with their partner, until the lyric ‘He sees your skin hanging there, will he take it for his bride?’ reminds you that this song has more in keeping with the afore-mentioned Frigid Air, and the other freaky characters of the band’s back-catalogue.

‘Cult Before Country’ does feature one entirely blissed out, gentle track in the form of ‘Every Time We Kiss Goodbye.’ This track was worked on and given a limited release after the band’s first album, and here it is reworked as a gently soaring love song, a kindred spirit to early track Iberiana but with none of the darkness, serving as a nice diffusion of all the tension and energy that has gone before it.

While the gap between LP 1 and its full-length follow up was longer than the band expected, this has had the effect of letting them dwell on and refine the subject matter of the songs, while losing none of the spontaneity in their final execution. In the journey of making ‘Cult Before Country; the band left a lot of songs at the side of the road, but given the dark power on display across The Grunt’s catalogue, it won’t be long before they make themselves known to the world.

‘Limit of Our Sight’ is now available! 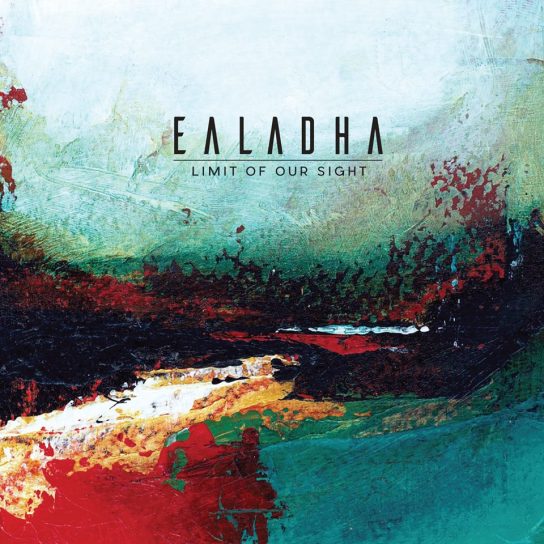 The EP represents the first official release by Ealadha and it’s a rich, immersive experience that both captures their development up to this point and signals promising future directions for the band.

‘Hurricanes’ and ‘Dive’ have already gained extensive airplay on alternative stations in Ireland and showcase the band’s appreciation for post-metal quiet-loud dynamics. But it is ‘Heart of Mercury’ and ‘Souls’ where Ealadha  really show what they are capable of. The former starts with a pulsing beat and edgy riff before sinister vocoded voices enter and an unexpected synth break relieves the tension, seguing seamlessly into a cathartic rock-out.

‘Souls’ takes the band’s taste for space and ambience to a beautiful place; soft, dreamy pianos play over simple yet hugely affective vocals before the trio join in one last blaze of post-rock glory which slowly fades out. It’s a great end to an EP that packs a lot into just four songs.

‘Limit of Our Sight is now available via the Inner Chapter Bandcamp page.

On the day of release guitarist/vocalist Dom Murphy wrote an informative piece on each of the songs exclusively for the G-Man blog, click here to get some insight into the themes and subject matter of the songs.

iTunes links and information on physical release will follow shortly. 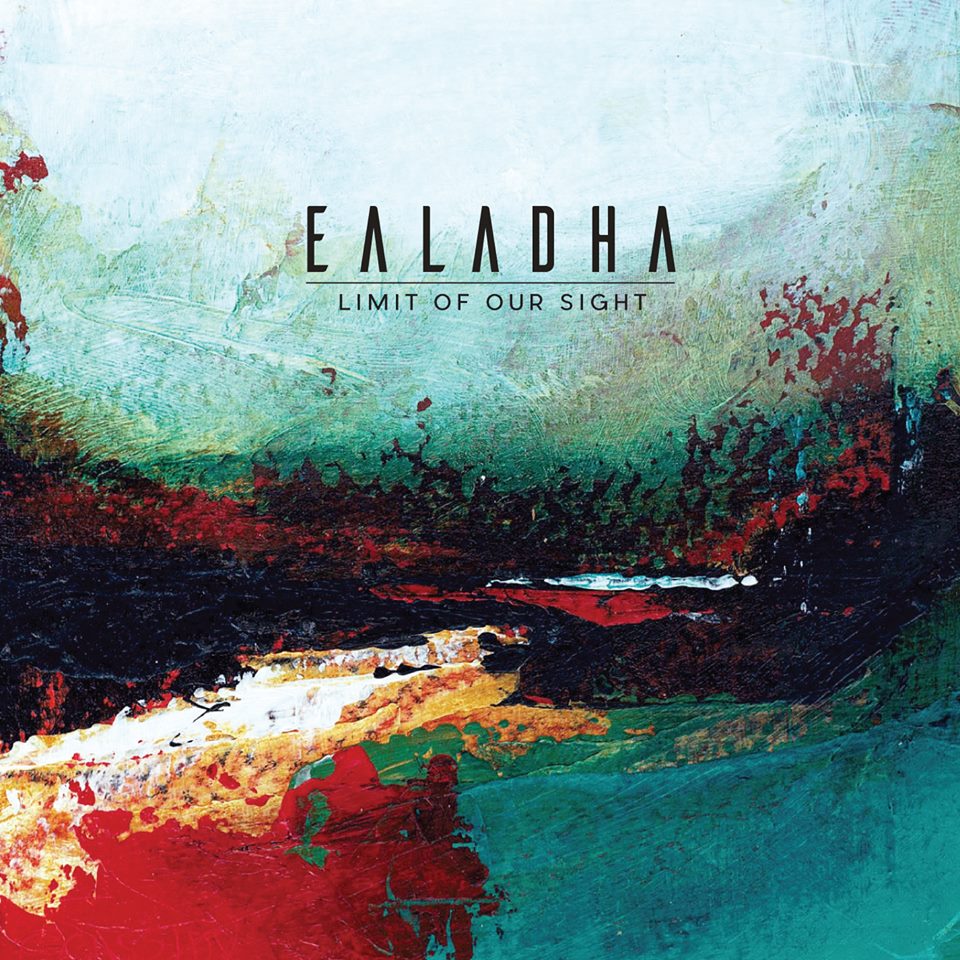 We’re delighted to announce that our first release of 2016 will be ‘Limit of Our Sight’, the debut EP from alt-rock three-piece Ealadha.

The band have been honing their sound for three years and we’re seriously excited to get this out; it’s a classy, emotive blend of post-rock, alt-metal and ambient.

The Grunts end 2015 with a double-barreled indie rock single; after the East coast rocker “New York City Woman” earlier this year, lead track “Coming Into San Francisco” previews the East coast vibe of the band’s forthcoming LP. Track two is a single-only release, “Don’t Leave Me Hanging Like This”, which quickly became a live favourite at Grunts’ high-energy shows once the band previewed it at the Indiependence Festival in summer 2015.

The tracks are available on the Inner Chapter BandCamp page.

Some People Out There

A Rain of Ruin

As well as collaborations with other artists – including a project with the Russian composer Ezekiel featuring Sinéad O’ Connor – Matthew has one other album to his name; the independently-released Inside Traffic, “a tribute to the idea that a mind can become more congested than any motorway”, as Matthew puts it.

The EP is now available via our Bandcamp.

On December 14th David Matthew’s first release with us comes in the form of his ‘Withheld’ EP.

The video for the lead track ‘Some People Out There’ is now streaming on our Youtube channel. For fans of downtempo electronica this is a must-listen.

The sampling on this track may trigger a few memories of early viral video sensations; Matthew’s skill is taking something ridiculous and turning it into something deep and hypnotic (while leaving you questioning your faith in our species!).

The video was directed by Brian Benjamin Dwyer of Madra Mór Productions.